Several places have been in the news recently due to terrible flooding, Cumbria being the worst hit. We’ve got family in Carlisle who have been flooded out of their house and it’s unknown when they’ll be able to actually return. 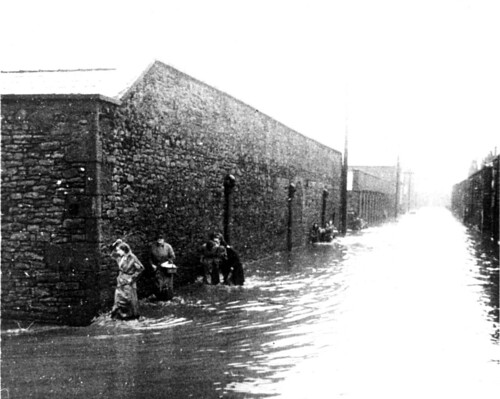 Stubbins and Ramsbottom floods in 2012

Ramsbottom has got off fairly lightly so far, the majority of the rain being too far north to impact much, in addition to the extra flood defences that were installed a few years back. This however in the case of Carlisle made little difference when in 2010 it was reported that the £38m flood defense scheme had been completed almost a year ahead of schedule.

The BBC article reports that 175mm of rain fell in just 36 hours, by comparison, the rain which fell over Cumbria reached 340.36mm in just 24 hours.

If you’re nervous or wondering if your property or business could be affected by flooding, take a look at the Flood Map for Planning from the Environment Agency. This is one of the resources I used before moving to Ramsbottom myself.

These floods in the UK have prompted some controversial comments by MPs calling for foreign aid to be reduced or stopped and diverted to the UK to improve flood defences.

What’s your opinion on this? I want to know how you feel about that suggestion, is it something you would get behind or do you feel that foreign aid should continue? Get in touch via the contact page on the website.

Apologies to anyone out there who had been waiting for the release, one of the biggest fans of What is it Wednesday Anne Lockett had clearly been knocked out of alignment by this and I can only apologize for that.

You can email these to me on podcast@thisisrammy.co.uk, don’t forget to tell me where it is too, unless it’s really obvious like it’s a shop with the name clearly visible.

Finally, This is Rammy will be taking a break over Christmas but will be back in the New Year.

What I would like from you please is if you could provide any feedback on This is Rammy, what you like, what you don’t like and anything you’d like different. I’ll be looking to incorporate any suggestions into the show in the new year.