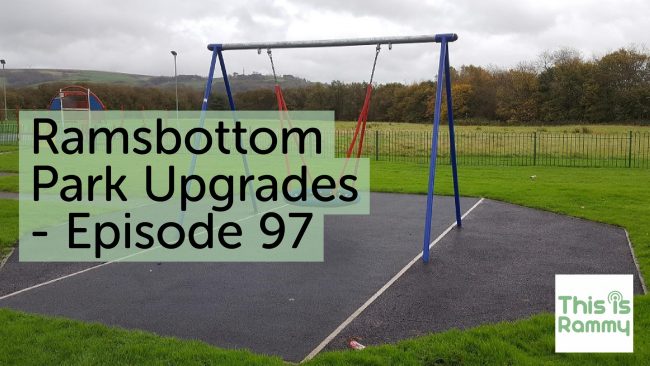 Ramsbottom is a town that is constantly going through changes, and with the large turnover of visitors to the town it’s no surprise that some of the facilities start to get a bit worn.

This episode I’m talking about some of the recent changes to Nuttall Park and more so Top Park.

Now back in July 2015 I wrote that Top Park was overdue an upgrade as it had fallen into disrepair. Little did I know that the park itself had more or less been in need of renovation for many years.

I was pleased to be able to write just back in September 2017 that those works appeared to have started. I’m now very pleased to announce that they’ve pretty much finished. Albeit that they need to clear away some rubble and plop some new grass here and there. All the equipment seems to be finished.

On the one hand, it’s fairly frustrating with regards to Top Park that it’s taken so long for this work to be completed, but on the other we have some lovely new equipment. Swings and roundabouts really. No really, there are Swings and Roundabouts.

END_OF_DOCUMENT_TOKEN_TO_BE_REPLACED

I was just putting together the show for this week when I came across some news that really saddened me. The newest shop in Ramsbottom, Bang and Olufsen had been broken into. Not only did the thieves break into it once, they broke into it TWICE. Bang and Olufsen has only been opened since the 1st of June this year and in just five and a half weeks to be broken into twice could be massively demotivating.

I spoke to Karön of Bang and Olufsen Ramsbottom to find out exactly what happened and how it’s been in the days since the break-in. Karön was great and despite what’s happened was very upbeat and positive about the town.

This raises the question though, why is there not more CCTV in Ramsbottom especially given the steady increase in crime around the town?

END_OF_DOCUMENT_TOKEN_TO_BE_REPLACED 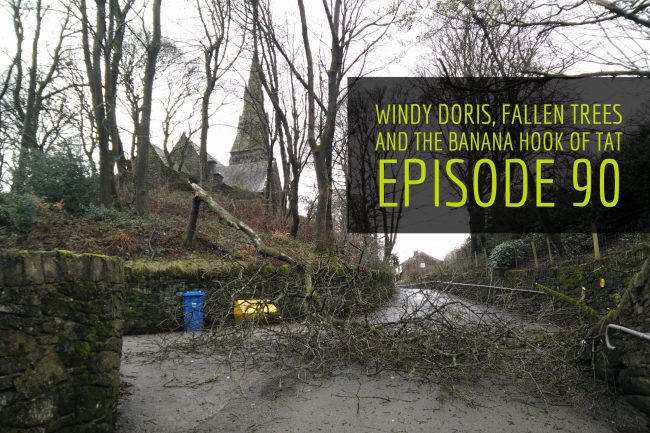 Welcome to This is Rammy, your weekly podcast for all things Ramsbottom.

This week in Ramsbottom we’ve had a bit of a breeze whip through of the name Storm Doris. Doris went on to remove many fence panel (shout out to Paul Jenkins) and some trees fell over too. As far as I’m aware nobody locally was seriously injured. There were some reports of minor injuries being sustained, (another shout out to Paul Jenkins), I even ended up getting involved with moving bits of a fallen tree.

What happened was on Thursday, I was just watching social media, well it was my on my day off and I noticed someone report that a tree had fallen down on The Rake. Right, I thought, time for some on the stop finger on the pulse journalism.

I left my house and started running up towards The Rake, before realising that was a stupid idea given I had to pick my son up in just ten minutes so I turned round and got my car.

Once at the bottom of The Rake, it wasn’t obvious where this tree was, I couldn’t see it from the bottom, so I decided to drive up and take a look. Right at the top was the tree, fallen from the

END_OF_DOCUMENT_TOKEN_TO_BE_REPLACED 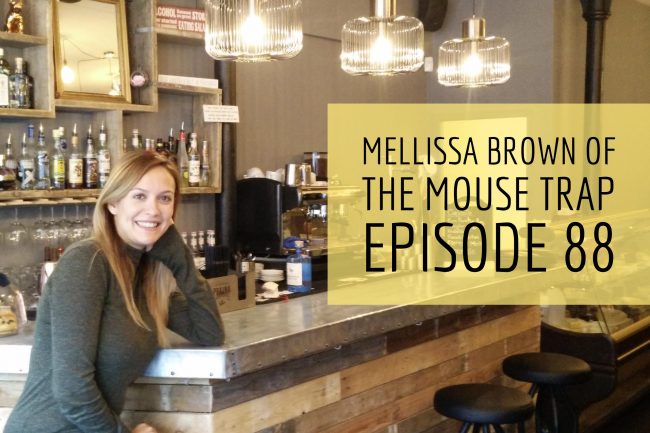 Welcome to This is Rammy, I’ve got a fantastic interview this week with local restaurant owner Mellissa Brown of The Mouse Trap.

When we first moved to Ramsbottom me and my family had always stared in wonder at the ever increasing sign that was outside The Mouse Trap with the earliest dates available to book for their cheese and wine nights. One day, we thought, we’ll book and get on that list.

Then, a year or so later and a renovation happened, and the set massively future dates for bookings seemed to go away. This is when we learned that the new owner was Mellissa Brown, also known as “Gareth Seddons Girlfriend” but I wanted to get away from this image as The Mouse Trap is very firmly Mellissa’s business and her passion.

[spp-tweet tweet=”Me: Did you know much about wine before? Mellissa: I’d drank a lot of wine.”]

Over the course of the interview I came to realise that this isn’t “just a day job for Gavs girlfriend” but is firmly something that Mellissa loves to do. She is as enthusiastic about cheese as she is hosting. Which given she owns a cheese restaurant is very fitting.

After the interview Mellissa let me in on a secret, that The Mouse Trap was going to be having a very special guest on Friday. That special guest being Gary Neville, ex Manchester United player and current football pundit. I promised Mellissa I’d keep schtum, despite the fact I wanted to tell the world.

I hope you enjoy this week’s interview episode of the podcast, I’ve got a few more coming up in the weeks to come.

END_OF_DOCUMENT_TOKEN_TO_BE_REPLACED 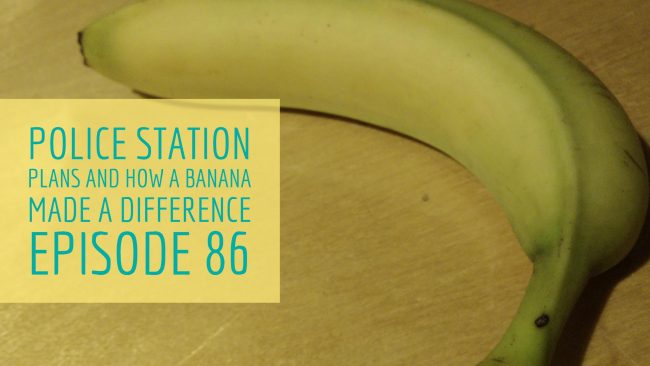 Welcome to This is Rammy, the podcast dedicated to Ramsbottom, the small town just North of Manchester.

The plans for Ramsbottom Police Station have been approved. The application is for two ground floor shops as well as eight apartments above. The style is mentioned to be in keeping with how the area would have originally looked.

If you remember, the person who purchased the land in February last year when the Police Station was auctioned off was our very own Councillor Rob Hodkinson and his wife.

One comment that Rob said back in November 2015 as written in Bury Times was:

But Ramsbottom MP David Nuttall and Ramsbottom ward councillors Ian Bevan and Rob Hodkinson have raised concerns about the plans to sell the building, fearing a rise in crime if there is no police presence in the town.

How do you feel about this? I was looking at the planning permission and reading through the comments, several people have complained about the drainage on the current site as well as several people complaining about the fact the proposed building will be much bigger than the existing bank.